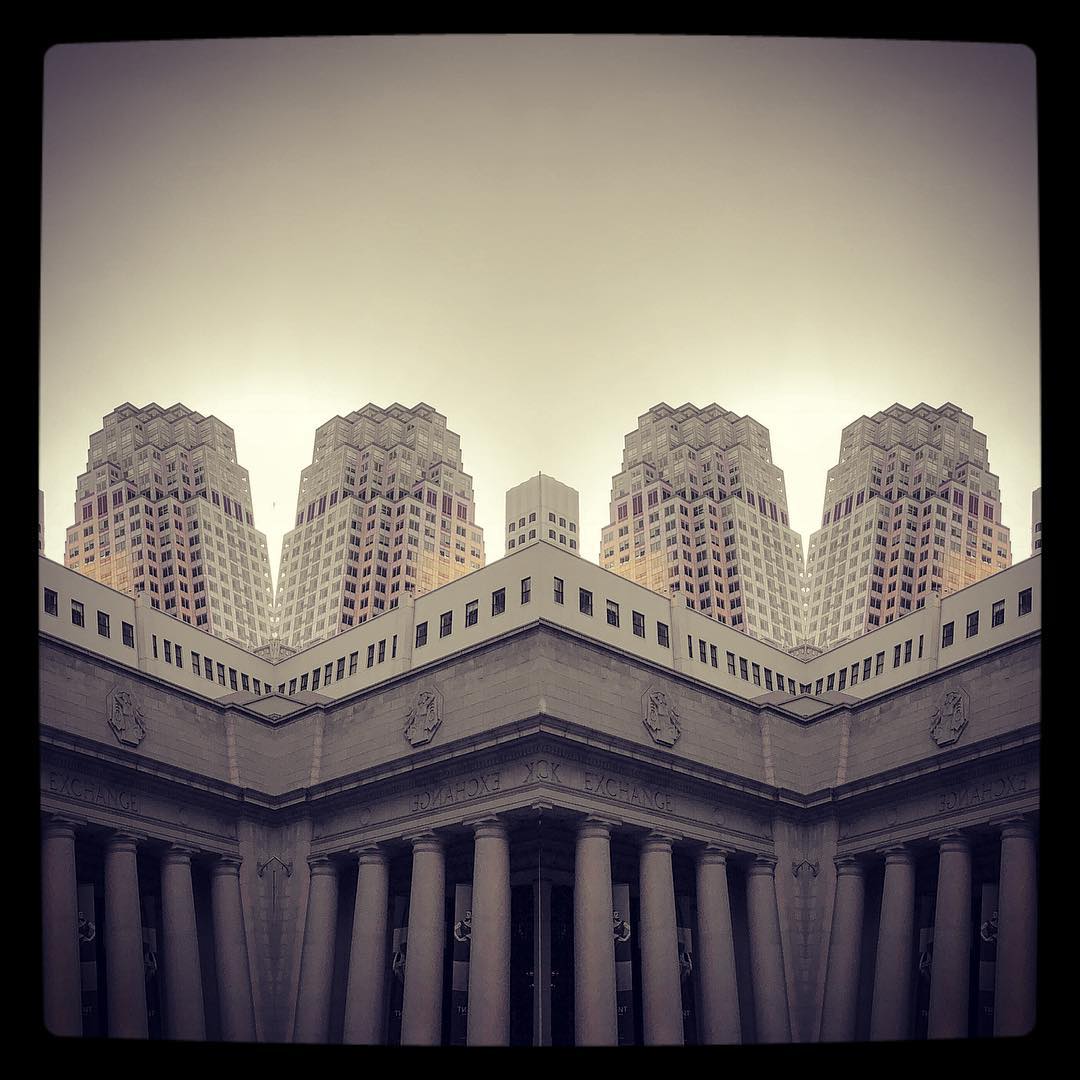 Every few months or so I read a blog post or longform essay that animates me in such a way that I have to go back and read it a few more times or share it aloud with my significant other.

“The Conversations that Cryptocurrency Killed,” authored by Bay Area writer Sonya Mann at the website Jacobite, is one such piece. It’s filled with lots of thoughts that fall under the umbrella of “emergent” or subversive (or both) e.g. “exit,” manifestos, home gunsmithing, encryption, cryptocurrency networks, etc, etc. Plus, Mann — and the authors linked to in her piece — write with a clarity and purpose that make these thoughts contagious.

We’re lucky enough that meatspace isn’t the only venue for human flourishing. Online you are able to opt out of patrolled spaces. Don’t like the content-moderation policies of Twitter or Facebook? Start a Mastodon or Pleroma instance. On the internet, you can shop at what is half-jokingly referred to as “the libertarian store”: it’s called Dream Market, and it sells dangerous substances.

Consider the recent case of Cody Wilson, who pursued exit by making home gunsmithing a little easier with his Ghost Gunner machines, while simultaneously fighting the State Department in court until they conceded his right to freely distribute weapons blueprints on the internet. Wilson’s victory was not just a free speech win, but a demonstration of the divide between voice-centric activism and building alternatives: “I barely put a million bucks into this and I got you the Second Amendment forever,” he told the Daily Wire in an interview, referring to the legal battle. “What has the NRA done for you lately?”

Wilson had earlier told Wired that, had he lost the lawsuit, he would have called an armed militia to defend his servers in a Bundy-style standoff while he dumped everything onto the internet. The internet has namespaces instead of territory, and its constraints are therefore something entirely different. Cypherpunks were among the first people to figure this out, and cypherpunk is the ultimate exit movement.

These are ideas that activate my creative circuitry.

While much of the population is bickering about executive-level politics and tribal fragmentation, invisible “others” are embracing this fragmentation and working to launch a meaningful semblance of escape from the tedium and constraints of failed institutions.

Granted, it’s possible that some seductive “exit” technologies were engineered in an NSA lab as a part of a global currency experiment. And perhaps our marionette strings are being pulled by the same omnipotent entities that built the internet.

But I’m fairly optimistic about the possibilities offered by cultural and social secession — maybe naively so — and there are others who share my enthusiasm.

May we all write fun and vibrant manifestos.

Q: Let’s talk about your Jacobite piece, “The Conversations That Cryptocurrency Killed.” There’s a couple of lines in the piece suggesting that full “exit” from coercive governance, institutions, etc may not be necessary for someone who wants to substantially increase their personal sovereignty (or autonomy/anonymity). This seems on the money to me — a realistic method for disentangling ourselves and decentralizing. Do you think this more subtle, incremental approach is the best path forward, or will something happen to surprise us all — a Black Swan-type event (be it technological or cultural) that allows for a more massive and wide-scale form of emancipation?

I’m not going to rule out a Black Swan, since being unpredictable and unlikely is the whole concept. But yeah, I generally favor the incremental approach. My behavior shows it: I still use Twitter. I still use Google. I still pay taxes (not that I’m 100% ancap anyway). Most of my money is in fiat, invested in the stock market.

My friend John Backus came up with the term “minimum viable decentralization.” In an essay about it, he wrote, “It is definitely possible that in 10 to 15 years we’ll have mastered decentralized technology such that usability and user education don’t introduce incredible amounts of friction. Looking at the last 20 years though, it seems like every little bit of decentralization needs to be carefully administered because the side effects are strong and can easily produce an unusable experience.”

Q: I like how succinctly you described the concept of “exit” vs. “voice” in your Jacobite piece, using the backdrop of an abusive relationship as context. Can you dig into that a little further — what are some of the specific pros (and cons) of exit and voice?

For those who haven’t read the Jacobite article, here’s how I briefly defined the terms: “In a coercive situation, there are two options: voice and exit. Voice means agitating for change from within. Voice is advocating, bargaining, lobbying, or begging. Exit, on the other hand, means leaving to do your own thing. Building alternatives.”

It’s probably obvious that I prefer exit, but voice isn’t bad, per se. My problem with it is that persuading people of anything is super difficult, especially if they’re predisposed toward another view or favor the choices that you’d prefer. When you’re under someone else’s authority and beholden to their decisions, and they don’t find your counterarguments convincing, then exit is all you have left. “Take this job and shove it,” as the song says.

In an egalitarian situation — say, my relationship with my fiancé — voice is perfectly sufficient. Maybe that kind of mutual persuasion works better on a small scale; I’m not sure.

The concept of cypherpunk emerged in the early 1990s through the eponymous cypherpunks mailing list. The word originated as pun on the sci-fi genre “cyberpunk,” playfully remixed to reference cryptographic ciphers.

As an ideology, cypherpunk has three key texts:

“The Crypto Anarchist Manifesto” by Timothy May

“A Cypherpunk’s Manifesto” by Eric Hughes

“A Declaration of the Independence of Cyberspace” by John Perry Barlow

The “punk” part of cypherpunk is its DIY spirit: Don’t wait for institutions to save you, instead build the tools that you need to protect yourself and go about your business. Exemplary cypherpunk technologies include PGP, Tor, Signal, and Zcash (disclosure: I work for the Zcash Foundation, but I’m not the only one who would put Zcash on the list). Arguably BitTorrent as well.

Like I wrote for Jacobite, the basis of cypherpunk praxis is encryption. The development of the ideology is rooted in the contemporaneous Crypto Wars, which took place when the United States government threatened to restrict access to robust encryption. Cypherpunks responded by writing and distributing code that enhanced individual autonomy.

Q: Lately, I’ve been interested in learning more about ideologies (or more specifically, micro-ideologies and political subcultures) that are relatively foreign to me, whether it’s accelerationism, NRx or patchwork, etc. If you had to place yourself on a map of all these burgeoning subcultures, where would you fit — which “patch” would be yours?

Oof, that’s a tough question. In terms of micro-ideologies, the default way to classify me is with the postrationalists (a strain of the Less Wrong diaspora). However, it is notoriously hard to pin down what “postrationalist” actually means. Politically I lean libertarian, borderline anarchist, and I’m very socially liberal. I do like accelerationism, all sorts, but it’s more aesthetic than anything else.

Q: As someone whose politics are a bit outside the norm, do you have any problems relating to Bay Area progressives? Or is there greater diversity of thought in the Bay Area than some of us realize?

I’m pretty insulated from Bay Area progressives due to my social filtering. I have a couple of leftist friends and we do clash occasionally, but we like each other as people so we’re able to handle it fine. My parents are both normie Democrats, and I avoid talking politics with them for the most part.

There’s a thriving techno-libertarian social scene in the Bay Area, I can attest to that. 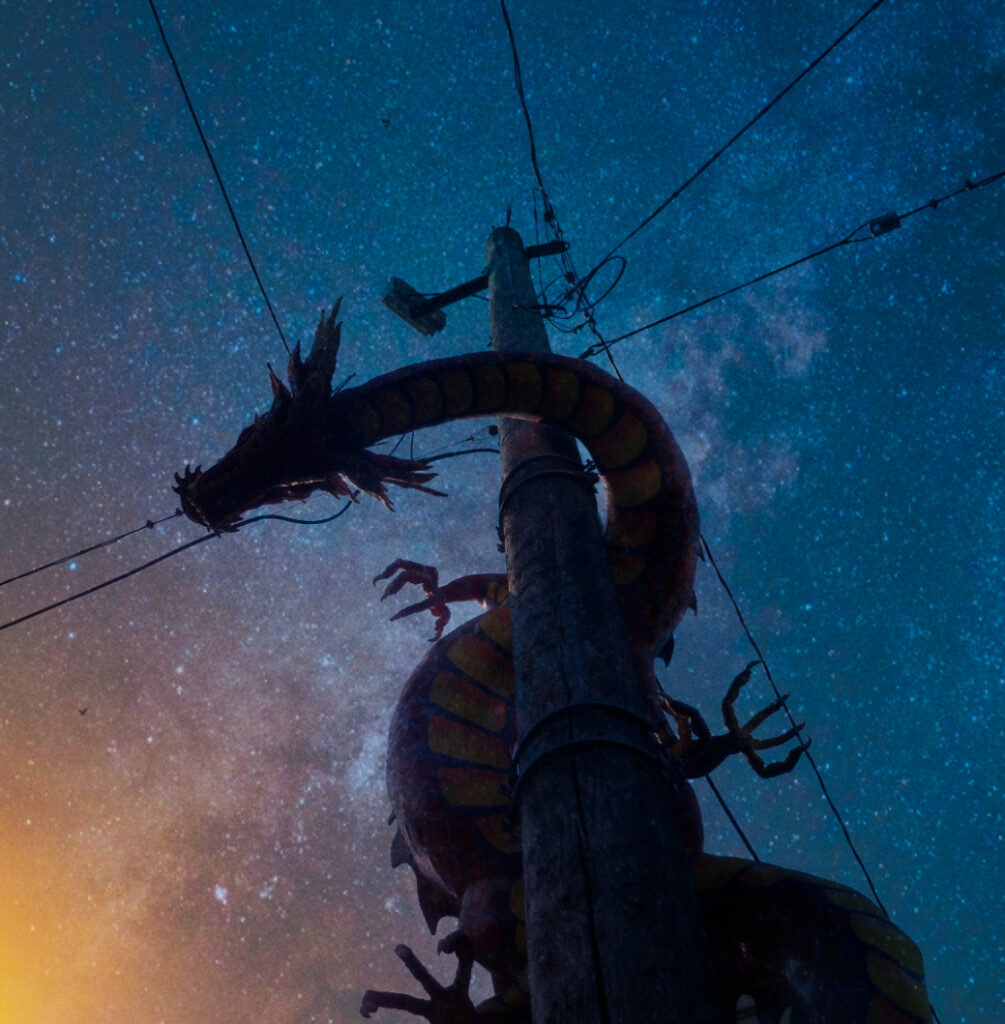