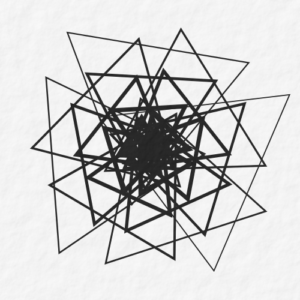 The Psuedoanalysis blog on tinnitus and Kantian conditions:

“He tastes colors, sees sounds, etc. For this condition, the senses are mixed or associated with one another without natural limits. This is, as I have pointed out elsewhere, part of what Kant refers to as a ‘categorical’ or ‘transcendental’ error. Bion said its meaningless to say ‘psychoanalysis isn’t scientific enough,’ you need to say ‘psychoanalysis isn’t psychoanalytic enough.’ Similarly, you wouldn’t say ‘the oval is not yellow enough’ you would say its not round enough. A triangle ‘does not lack enough salt and therefore it is not a triangle’ but rather ‘a triangle needs a certain amount of angles,’ etc. Certain objects have qualities that pertain them and qualities that it would make no sense to apply to them.

“And this is precisely what Deleuze and Guattari challenge (turning Kant in on himself) with their concept of deterritorialization and the BwO (which is just accelerationism). In A Thousand Plateaus they write

“Why not walk on your head, sing with your sinuses, see through your skin, breathe with your belly…Where psychoanalysis says, ‘Stop, find your self again,’ we should say instead, “Let’s go further still, we haven’t found our BwO yet.”

“But accelerate too fast and you’ll go mad…

“When I first got tinnitus I panicked and thought my life was over. I thought I would never hear again. I was lost.

“…Now I realize that despite still wishing I had taken better care of my ears, I carry with me something not all do, an extra component. Not only do I simply passively hear sound, but I actively produce sound only I can hear. It is real, related to the physical body, but only ever able to be experienced by me.”