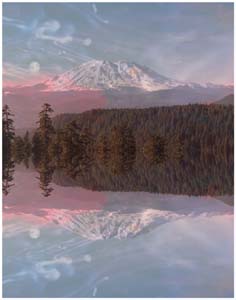 Cities and the Balance of Power: “Cities are like massive information-processing units, with real-estate markets revealing the value of being able to access the networks involved. People put a dollar value on physical colocation and proximity to others who have similarly paid a high price to access density. This implicit sorting lies at the heart of many cities. Retaining key locations in a city is often one of the primary goals of prominent organizations. This competition is what drove real-estate prices sky-high in twentieth-century Manhattan. The most central locations are often the surest markers of privilege, authority, and legitimacy.” City Journal

Institutional Failures Give Us No Choice but Herd Immunity: “As it stands, the murkiness concerning responsibility and accountability in pandemic response has led to a failure of ownership. This has made it too easy to pass the blame and too difficult to determine where the fault lines lie in our capacity to respond to present and future threats from infectious diseases. Everyone has suffered. Another pandemic is only a matter of time, and unless particular authorities are empowered to identify and isolate swiftly, the same institutional failure will rear its head again.” Palladium

Liquefying the Heartland: An Experiment in Wild Geopolitical Speculation:  “If geography dictates the character of a people, the liquefaction of the Arctic can bring about the liquefaction of Northern Russia. Could the melting process turn Russia into a trading thalassocracy, a culture of merchants? A warmer Russian North Coast and an increased commercial activity there could promote the development of a new, amphibious geopolitical character. The ice now blocking the North of Russia is a strain, a corset which has forced the region to always gravitate towards Europe or the Far Eastern wilderness. Historically, Eastern Europe has always been the focus of Russia’s energies, be it in the form of armored divisions or gas ducts. A more open and liquid Northern horizon would dissipate this fixation. Around the 1860s, America was an isolationist nation of farmers and homesteaders, with the railroad as its lifeblood. In the 1940s, now a bicoastal country, it had taken the crown as Ruler of the Waves. A century from now, will the barren Arctic litoral host a new generation of Sea Peoples, from Murmansk to the Hudson Bay?” The Outpost

Machine Dreams: On the Art of Ghost Walking: “I’ve never been much of a gamer, but there was one game I used to play quite a lot. It was a racing game, Gran Turismo, and I would be fascinated by the practice laps. You’d set a lap time and then try to beat your best. Your fastest time would appear as a ghost car racing ahead of you, and you would try to overtake that ghost car to beat yourself and record the new fastest time. When I walk, I am always chasing the ghost walker, trying to overtake him and consign him to the past. Sometimes the outlines merge, but then they always slip out of phase and I am chasing myself again. If I do manage to stay ahead of my ghost walker, then I become the spectral outline, fading into the backbrain consciousness of the crazy old fool who’s condemned to stalk for all eternity the ghosts of his life. When I walk, I am attracted to the shadows, to the machines, to the inhuman hum of power stations and electricity pylons. That’s why I walk at night.” Sleepy Brain 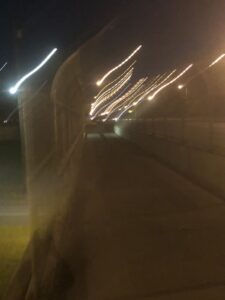 Necro-Ethics Part 1: Drone Theory and the Categorical Imperative: “If we call someone who kills others by blowing himself up a suicide bomber, then what is the autonym for a fighter for whom it is impossible to be killed? This is one of the many disturbing but fascinating questions the French author Gregoire Chamayou asks in his 2015 book Drone Theory. In this series of blogs I aim to explore several of the keys themes in Chamayou’s book, beginning with his use of Kant’s Categorical Imperative to critique drones as the emerging quintessential method of warfare for democratic states. What is unique about Drone Theory is that Chamayou’s starting point for his critique of drone warfare is not the technical or the strategic but the ethical and philosophical. Necro-ethics is Chamayou’s critical term for the contemplation of methods of killing in warfare, of which he counts drone warfare as one of the most unsavoury due to its short-curcuiting of the principle of jus in bello by depriving the enemy combatant of any chance of counter-attack against the drone operator safely ensconced in an operations bunker thousands of miles away. Not only this, but drone warfare strips the drone pilot of his or her honour as a warrior by placing them in a totally riskless environment.” James Simpkin

On Carbon Taxation: “We are locked in a speeding train with no breaks by design, and one whose tracks end at the edge of a precipice. The train keeps on accelerating, however, and it could be going fast enough that we could attach wings and fly, averting catastrophe. Faith that technological development will save us, that some energy will be discovered and substitute oil perfectly, magically, is the final refuge for those aware of the imminent resource and environmental crisis. Yet even if discovered, it better happen before 2050, before it’s too late. Second, it better be a damn good substitute, because we use oil for the food we eat, the goods that were transported to our hands, for plastics and as part of an immense number of industrial manufacturing processes.” Sukhavati

Stumbling on the Right Path: How Randomness, Algorithms and Climbing Can Help You Find Your Way in a Complex World: “Whenever we reach a plateau or a ridge, the common thing to do would be to keep going forward if we got there from climbing up, but remember this is a 3D world. So, what if we started stepping sideways? I think about this as changing careers…As long as the move you make is not completely out of your current landscape (like jumping into a portal to another world), when you think it’s time because you’ve been plateauing for while you shouldn’t be afraid of making a step sideways. This is true for changing jobs, niche, learning a new, seemingly unrelated skill or reading a fiction book when you’ve been binging on non-fiction all your life.” Negative Capability 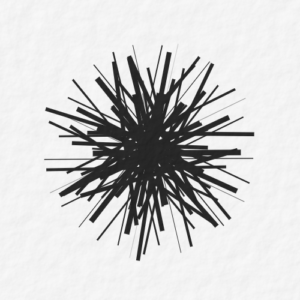 Ten Predictions for 2030: “Electric cars will not become more than 5% of the US fleet…Large scale passenger train efforts in the US will continue to fail due to bureaucratic sclerosis. No flying cars. No reusable spacecraft (single digit percent likelihood something like skylon works and is funded). ‘Renewables’ will continue to grow in popularity without appreciably changing the US (or world) energy infrastructure. Some environmental disaster may be attributable to a renewable energy technology. No increased adoption of fission in the West. Imbeciles in 2030 will predict fusion breakthroughs by 2050.”  Locklin on Science