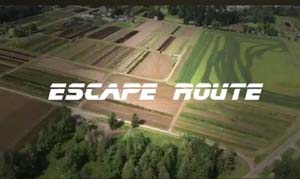 Crisis in the Liberal City: “Perhaps we can return to a world where Nike mouths radical slogans but nobody loots their stores. But we’ve seen what happens when you pull back that surface, and we know what’s underneath: the grinning skull beneath the liberal city’s skin.” Ross Douthat

Futurist Rioting, Conceptualism, and Sensuality: “Advanced communication technologies have brought immediacy and virality to a whole new level, saturating the world with visual perception. The Internet is a festering wound for visual memes. Any aesthetic, noble or abhorrent, smart or stupid, can thrive in such a rich environment. Obviously, viral Internet aesthetics manifest themselves in real life: just look at the riots. In contrast, conceptual memes find the Internet a harsh environment. Every idea can be ruthlessly put to the test, criticized, made bare and exposed to ridicule. Now, drug-resistant pathogens grow in hospitals, where they are constantly under the threat of lethal chemicals and antiseptic measures. What do you think happens to memes?” The Outpost

Post-Lockdown Priorities: “One of the most crucial things from this lockdown will be the long lasting effect of technology on the workplace, and the ever increasing prevalent use of technology in our day to day lives. I would urge the government to increase funding or atleast to incorporate new technologies as force multipliers to their current services, we recently had a motion in parliament to have video conferencing in lieu of attending parliament, the consequences of this are drastic and I believe understated by most people. This decreases barriers to entry, I have always been of the mind that parliament and its location could be relocated to save vast amounts of cost, this will essentially, hopefully, reduce MP expenditures. By using technology we can cut down on taxation by cutting down on needless expenditure, video conferencing software is not new at all.” Gritcult

The Art of War: Deleuze, Guattari, Debord, and the Israeli Defense Force: “Contemporary military theorists are now busy re-conceptualizing the urban domain. At stake are the underlying concepts, assumptions and principles that determine military strategies and tactics. The vast intellectual field that geographer Stephen Graham has called an international ‘shadow world’ of military urban research institutes and training centres that have been established to rethink military operations in cities could be understood as somewhat similar to the international matrix of élite architectural academies. However, according to urban theorist Simon Marvin, the military-architectural ‘shadow world’ is currently generating more intense and well-funded urban research programmes than all these university programmes put together, and is certainly aware of the avant-garde urban research conducted in architectural institutions, especially as regards Third World and African cities.” Mute