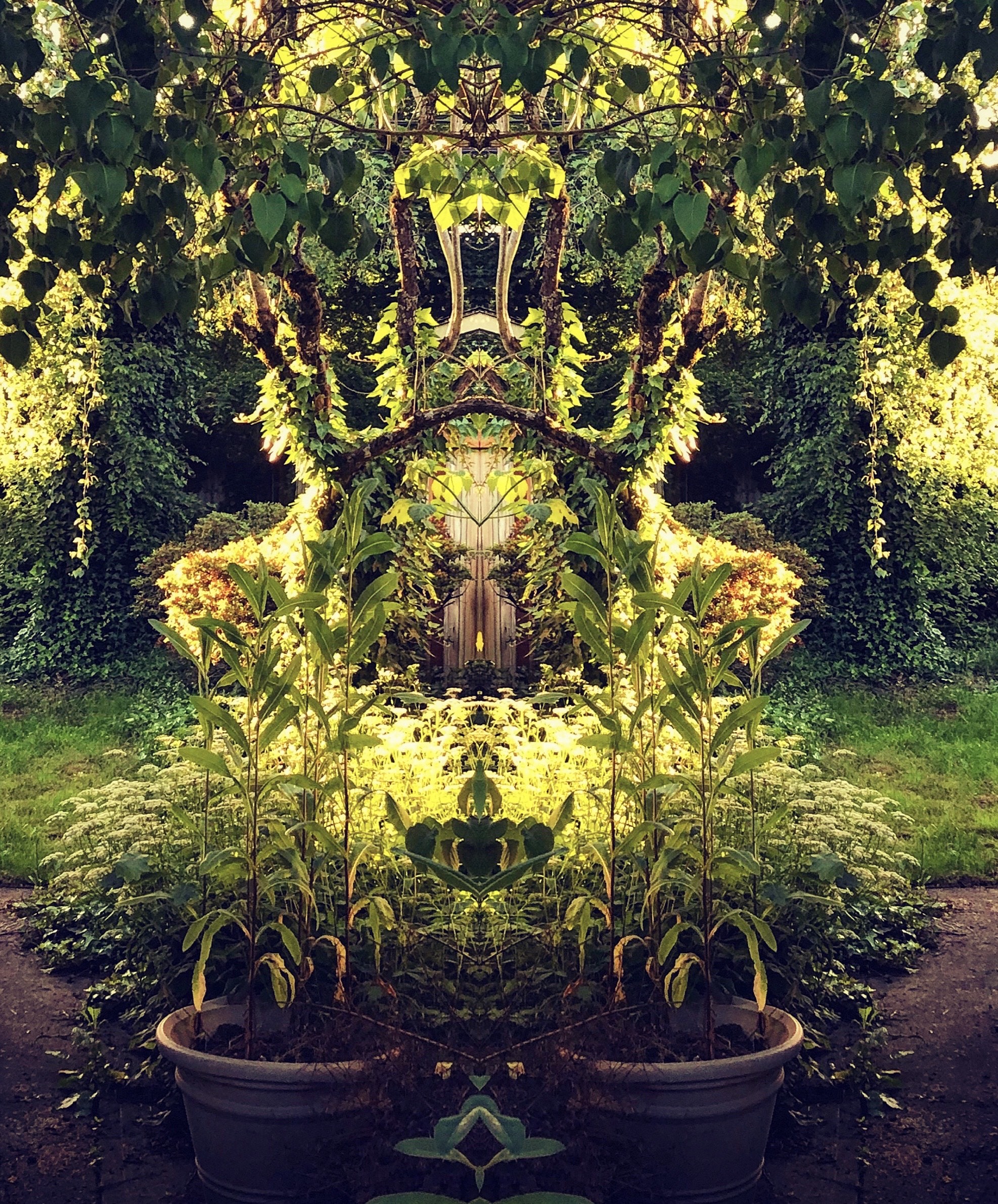 #1: A General Theory of Collaboration: “Anyone who reads Vaclav Havel’s Power of the Powerless will be struck by Havel’s portrait of Czechoslovakia forty years ago—with its voluntary window-slogans; its endless parade of crusades; its inexorable machinery of human cancellation. Havel had the right strategy for the subjects of the total state. First, they must teach themselves to be powerless. They must fully inhabit their private irrelevance. Above all, they must stop trying to change the world. Whatever power they think they now have, it is power in a fantasy. Until they check out of this fantasy, they are powerless in reality—and this is true even of the most successful people in the world today.” Gray Mirror

Avoiding the Global Lobotomy: “Normalcy-compression – This largely thought and mental-based compression of the Overton window begins to infect corporal and material reality by way of self-panopticonic policing, that is, people begin to constantly check both themselves and others for any traits of weirdness or non-normality. They don’t do this consciously, because most people are largely unconscious, if not – for all practical purposes – asleep. What Deleuze and Guattari call ‘the little fascist in all of us’ begins to police and cross-reference everyone’s behaviours with the compressed mode of normalcy given in a single present. Thus, normalcy, normality and what is considered to be normal is a perpetual process of tightening wherein the end-game is roughly 3 or 4 seemingly different thought loops which lead back to precisely the same reality, one wherein you are born, you go to work, you consume, you produce and you die, and you do not question whether or not you want to do this, whether you like to do this, or whether you even thought about any of this in the first place.” Meta-Nomad

Cognition Don’t Cut It No More: The Ideopsychology of Ideology: “So what do we do then? First, we stop pretending talking it out or debating the facts does anything meaningful (and I am a talk therapist for fuck’s sake, so this means something to me!). Deleuze and Guattari remind us that classical philosophy and democracy, both of which are bound up with naturalist-representational and rational-debate / intelligible discussion, i.e. cognitive assumptions and models, are both bastard abominations of the Greeks:

‘The best one can say about discussions is that they take things no farther, since the participants never talk about the same thing. Of what concern is it…that someone has such a view, and thinks this or that, if the problems at stake are not stated? And when they are stated, it is no longer a matter of discussing but rather one of creating concepts for the undiscussible problem posed. Communication always comes too early or too late, and when it comes to creating, conversation is always superfluous. Sometimes philosophy is turned into the idea of a perpetual discussion, as “communicative rationality,” or as “universal democratic conversation.” Nothing is less exact…it never takes place on the same plane…All these debaters and communications are inspired by ressentiment. They speak only of themselves…Debate is unbearable…in Socrates was philosophy not a free discussion among friends? Is it not, as the conversation of free men, the summit of Greek sociability? In fact, Socrates constantly made all discussion impossible, both in the short form of the contest of questions and answers and in the long form of a rivalry between discourses. He turned the friend into the friend of the single concept, and the concept into the pitiless monologue that eliminates the rivals one by one.’

Defund (and Redesign) Everything: “Both the problems and possibilities of 2020 are very different to those of 1960. What was a good car, phone or computer in 1960 is now a relic. Our social institutions are likewise relics of a past remembered by only the eldest among us. Designed by and for a different age.” Jordan Hall

Dynamic Societies — Innovation is a Bug in the Memetic Code: “COVID-19 is a dress rehearsal. Humanity will be facing existential risks during the 21st century larger than the current pandemic, it is in our control to end these risks today through innovative results-based development of solutions and a better alignment of incentives. We face a choice between ignorance or knowledge-seeking, compromise or synthesis, wrong or right, death or life.” World Creation Society

Hakim Bey: Repopulating the Temporary Autonomous Zone: “The poet and essayist Peter Lamborn Wilson is widely known for his anarchist manifesto ‘The Temporary Autonomous Zone’ (TAZ), developed across a series of essays written from 1981 to 1988 and published in collected form in 1991 as T.A.Z.: The Temporary Autonomous Zone, Ontological Anarchy, Poetic Terrorism. The essays were attributed to ‘Hakim Bey,’ Wilson’s infamous avatar, and the writing itself was a potent brew of mysticism, historical narratives, autonomous Marxist politics and French critical theory. The overall aim was to highlight indeterminate zones within late capitalism, everyday occurrences that refuse, whether by accident or design, to be incorporated into dominant narratives. This enabled the TAZ to become an extraordinarily influential (and divisive) text in anarchist circles, and in various pop-cultural movements…Bey suggests that ‘psychic nomadism’ could help to locate any potential TAZ. This is a tactic that draws on Deleuzoguattarian rhizome theory to follow unexpected tangents, charting a course by pursuing ‘strange stars, which might be luminous clusters of data in cyberspace, or perhaps hallucinations…unexpected eddies and urges of energy, coagulations of light, secret tunnels, surprises.'” Simon Sellars

Russiagate Groomed Us for the Riots: “Russiagate created a tectonic shift in the normie liberal’s psyche. It was an epistemic attack that fatally impaired their ability to differentiate truth from lies…Most people on the right are familiar with the Theodore Dalrymple’s often-quoted remark that the purpose of propaganda in communist societies “was not to persuade or convince, nor to inform, but to humiliate; and therefore, the less it corresponded to reality the better.” He believed that people became more subservient the more they were forced to publicly assent to obvious lies. But with Russiagate we saw a new tactic. Obvious lies were branded as sophisticated opinion, and eager status-seekers lapped them up…as signifiers that they are worldly, cosmopolitan people with respectable beliefs.” Aidan Castile

The Art of the Incel: “[Kantbot] reads Friedrich Schlegel on aphorisms. He listens to the young men who write to him in their misery, and sends them reading lists. He writes beautifully: ‘Tweets are shattered remnants of yourself strewn across the plain, the wreck resulting from the collision of the self with existence.’ The taste for fragments, such as anonymous forum posts or tweets, is, to return to our Eternal Incel, much older than the internet. Defending epic poetry in 1813 against jaunty newcomers such as Byron, Francis Jeffrey, editor of the Edinburgh Review wrote: ‘The Taste for Fragments, we suspect, has become very general, and the greater part of polite readers would no more think of sitting down to a whole epic than to a whole Ox.’ The romantic, ironic or experimental fragment lives on in the tweets of disaffected young men, who, despite claims to the contrary, do not seem to want to blame others for their distress, but only to want to create anarchic community out of the wreckage.” Nina Power

The Edgelands: a Zone of Wild, Mysterious Beauty: “What, exactly, are these edgelands? Robert Macfarlane provided one of the best descriptions…

The edgelands are the debatable space where city and countryside fray into one another. They comprise jittery, jumbled, broken ground: brownfield sites and utilities infrastructure, crackling substations and pallet depots, transit hubs and sewage farms, scrub forests and sluggish canals, allotments and retail parks, slackened regulatory frameworks and guerilla ecologies.

…the edgelands comprise a ‘zone of inattention’ in which all manner of interest and beauty thrive. They marvel at this ‘richly mysterious region in our midst’ and celebrate it as a ‘place of possibility, mystery, beauty’. It’s a wilderness, yet so close to our urban centres and so familiar it is never seen, yet we see it all the time. Passed through, negotiated, unnamed, ignored, the edgelands have become the great wild places on our doorsteps, places so difficult to acknowledge they barely exist.” How the Light Gets In

The Politics of Crisis is Not Going Away: “We are not Weimar. The ideologies of that era, and the politics that flowed from them, were products of their time, and there were numerous contingent reasons why the republic faced an uphill battle for acceptance. Still, there are lessons. The conflict between opposing visions of society may seem integral to the spirit of democratic politics, but at times of crisis, it can be corrosive to democratic institutions. The either/or mindset can add a whole new dimension to whatever emergency is at hand, forcing what is already a time of disorientating change into a zero-sum competition between grand projects and convictions that leave ordinary, procedural politics looking at best insignificant, and at worst an obstacle. But sometimes this kind of escalation is simply unavoidable. Crisis ideologies amplify, but do not create, a desire for change. The always-evolving material realities of capitalist societies frequently create circumstances that are untenable, and which cannot be sufficiently addressed by political systems prone to inertia and capture by vested interests. When such a situation erupts into crisis, incremental change and a moderate tone may already be a foregone conclusion. If your political opponent is electrifying voters with the rhetoric of emergency, the only option might be to fight fire with fire.” Palladium

Werner Herzog comments on the jungle:

What “Authoritative” Means to YouTube: “It is clear that YouTube’s policy of promoting authoritative content is ignoring conspiracies when they are on mainstream and ignoring good information when it is independent. Independent YouTube creators have some advantages. If you need a large audience, you are stuck covering topical events in a way that appeals to either Red Team or Blue Team. YouTubers don’t need a huge audience and are able to find topics (e.g. trans issues, accelerationism) or aesthetic niches (thorough and logical, or stylish and sensitive). YouTubers also have similar incentives around grabbing attention and appealing to tribal audiences, but it’s not a matter of survival.” Mark Ledwich