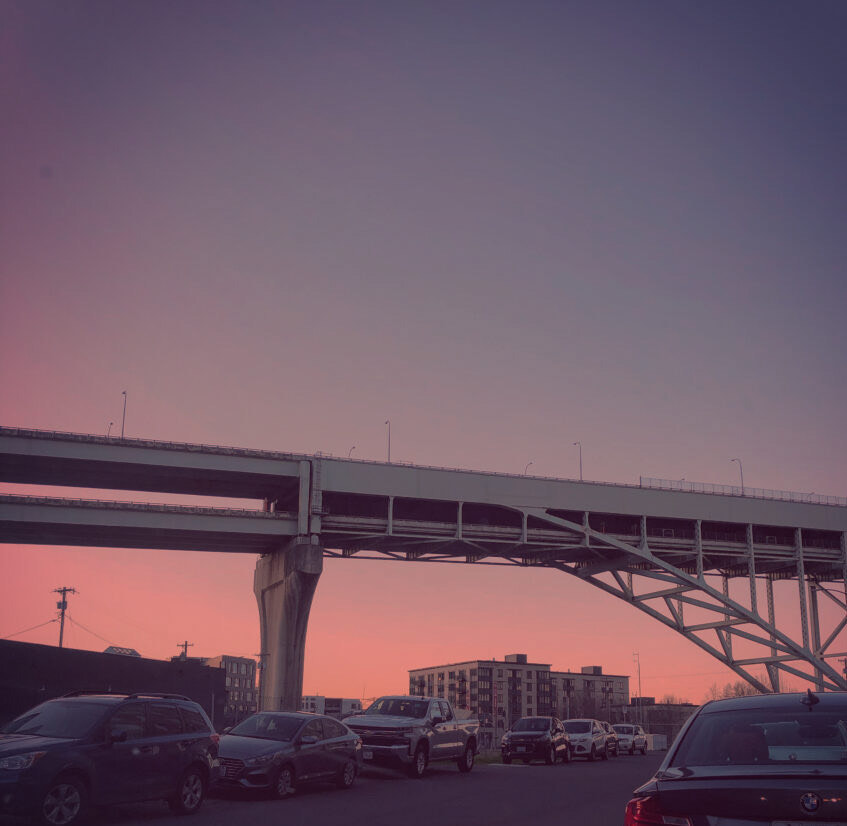 I’ve been thinking about “place” a lot lately.

Thinking about “place” led to me write this blog post, which got me digging through the great book Applied Ballardianism again, and a chapter called “Cartographies of the Infinite,” where author Simon Sellars contemplates whether future cities can be “tuned to produce a kind of stereoscopic urbanism.”

Could [future cities] combine the overlay of mental associations from a particular space or building to form a three-dimensional reality part constructed (in the architecture) and part imagined (inspired in the mind by the architecture)?

Sellars’ book notes the proliferation of architects in JG Ballard‘s work, and that Ballardian cities are petri dishes that mutate inhabitants’ psychology and physiology.

This comports with a 2009 essay that Sellars wrote (Stereoscopic Urbanism: JG Ballard and the Built Environment), where he observes that, in Ballard’s stories, technology and suburban liminal zones often act as main characters, and buildings seem equipped with “artificial intelligence determined to eradicate human life as if it were a disease.”

Beyond the immensity of sentient doom, though, cities’ liminal ecologies are rife with untold stories of the mundane and bland, which have their own weird significance. Via Sellars — Ballard has pointed out that no travel writer has ever written about the importance of parking. Maybe author Daniel Kalder will be the first.

In a recent Substack post called Unwritten Masterpieces: Great Parking Lots of America, Kalder contemplates a lost work where he documents America’s parking lots. Not high-drama parking lots with drug deals, gangs, and lost souls who huff solvents, but places “where people left their vehicles behind” in order to “experience somewhere else.” In other words, unplaces, and “transitional zones of nothingness” that constitute neglected corners of the urban landscape…

In Applied Ballardianism, Sellars cites anthropologist Marc Auge, who coined the term “non-place” to describe “transit zones that lie on the edge of awareness as we pass through them — car parks but also airport terminals, hospital waiting rooms, hotel lobbies, freeway underpasses.”

Non-place is fractured, incoherent, on the edge of perception. It is beyond history, beyond time, beyond identity. Non-place projects the illusion of connectivity but in reality forces us into a confrontation with ourselves, since the connectivity it offers is mechanical and uniform, like the disquieting similarities between major airports when, travelling from one to the other, it is as if one has not travelled at all. Non-place spreads like a disease because every non-place is a step on the way to somewhere else, part of the same synchronous system that [Ballard’s Crash] identifies, the tightly sutured matrix of consumerism and social control that keeps us perpetually hungry for new identities, new products, new promises, new lifestyles, new versions of ourselves.

In Sellars’ view, our age of hyper-surveillance has created a world where the allure of “finding hidden folds in the cartographical matrix is immensely powerful,” an impulse that helps explain the existence of micronations. (Micronations deserve an essay of their own some day.)

Finding hidden folds in the cartographical matrix resonates with me. Maybe that’s why I take so many cell-phone photos, oftentimes of non-descript locales. I like to explore places on the edge of perception and use online editing apps to turn my photos into little annihilation zones.*

Part of the fun lies in the act of refusal — I don’t want to passively receive reality as it’s presented to me, I want to curate my own personal anagrams of reality.

Then again…sometimes there’s no need to “create” an artful annihilation zone, because the zone already exists and it’s staring right back at you, a nice little hidden fold, in plain sight. Maybe it’s sentient or quasi-sentient (like Ballardian cities), maybe it’s indifferent, maybe it’s lacking the capacity for indifference. Whatever the case, it’s intensely “there.”

If you’re a human with responsibilities (and itineraries to be met), duty requires that you occasionally spend time in these atemporal cages of nowhere. Hotel bars, laundromats, processing centers. Per Sellars, I’m going to indulge the confrontation with myself that these experiences afford, rather than condemn them to characterizations of purgatory.

And to borrow from Daniel Kalder, maybe a future post here will explore the annihilation zones of CINEMA & TV PARKING LOTS.

*While writing this post, I googled “annihilation zone” to see if it was already in circulation as some sort of philosophical and/or psychogeographical term. My search returned a book called Annihilation Zones, which appears to be an account of violent death in the 20th Century.

For the purposes of this post, though, I’m being somewhat vague with my definition of annihilation zone, which I consider malleable and open to interpretation. And the aesthetics of the word “annihilation,” while a bit over the top, seem to fit any place that forces you into a confrontation with yourself.